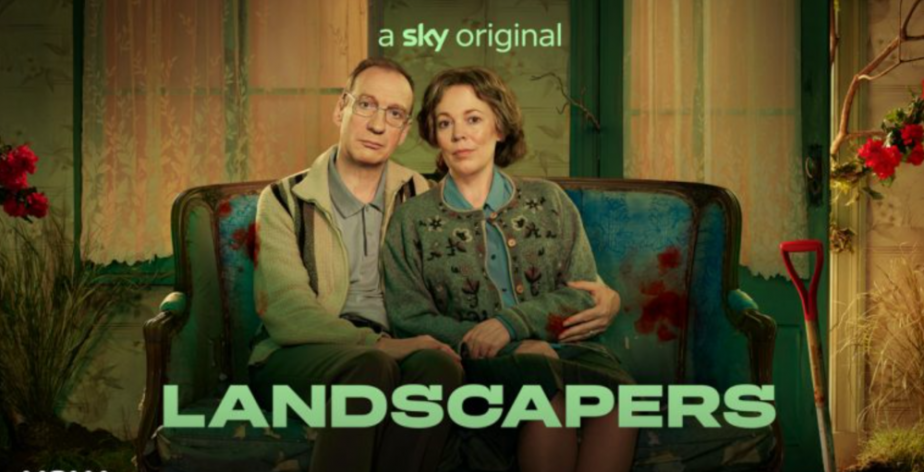 “You do want us to know the truth, don’t you?” From the makers of ‘Chernobyl’, Landscapers is based on a true story and stars Oscar-winner Olivia Colman and David Thewlis as a mild-mannered couple who become the centre of attention when two dead bodies are discovered buried in the back garden of a house in Mansfield.

FilmFixer locations north and south of the Thames were used in the making of this “exhilarating and darkly funny exploration of love and fantasy.”

Camberwell Green Magistrates court was the location for a police press conference being filmed on the steps at the rear of the court, and also featured when a police carrier vehicle drove in and then left in a convoy with other police vehicles. The area also provided parking accommodation for a court scene shot nearby.

Jaspers Road in Lambeth was also used for parking for a high street shot where the character goes into the antiques shop to buy a memorabilia poster.

Landscapers also features filming in Crystal Palace Park in Bromley, with walk and talk scenes being captured in the green space. Westow Hill in the borough of Croydon hosted a sequence shot inside Crystal Palace Antiques Shop. Parking for technical vehicles was also provided by FilmFixer, in the bays on the streets surrounding the location.

North of the river in Haringey’s Northumberland Park David Thewlis walks up to the postbox and posts a letter. This scene is set in the late 80’s/early 90’s which meant bins and cars were dressed to suit the period.

Pancras Road in Camden was used to film a character standing and hiding against a wall and looking off-camera, and eagle-eyed spotters will also have recognised Euston Road, also on the borough of Camden, where police were gathered together to look for a pair of fugitives.

Landscapers is a Sky Original and all episodes are available to stream now.

This website uses cookies to improve your experience while you navigate through the website. Out of these, the cookies that are categorized as necessary are stored on your browser as they are essential for the working of basic functionalities of the website. We also use third-party cookies that help us analyze and understand how you use this website. These cookies will be stored in your browser only with your consent. You also have the option to opt-out of these cookies. But opting out of some of these cookies may affect your browsing experience.
Necessary Always Enabled
Necessary cookies are absolutely essential for the website to function properly. This category only includes cookies that ensures basic functionalities and security features of the website. These cookies do not store any personal information.
Non-necessary
Any cookies that may not be particularly necessary for the website to function and is used specifically to collect user personal data via analytics, ads, other embedded contents are termed as non-necessary cookies. It is mandatory to procure user consent prior to running these cookies on your website.
SAVE & ACCEPT